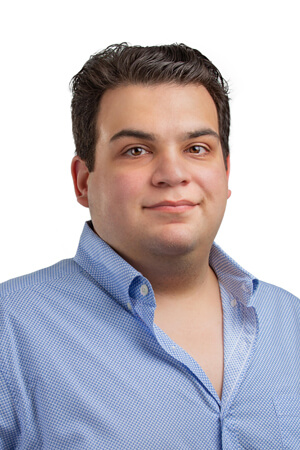 MDMA, also known as 3,4-methylenedioxymethamphetamine, Molly, or ecstasy, is an amphetamine analog with both stimulant and hallucinogenic effects. It was developed in 1914, essentially as an appetite suppressant. It is now in recreational use, typically by people who wish to enhance the experience of partying, clubbing, or going to concerts. MDMA abuse can be addictive, and overdose can be fatal.

Signs and Symptoms of Ecstasy Abuse

Ecstasy is usually taken orally. Its effects tend to start within 30-60 minutes, and last 4-6 hours. It is common for users to experience small rushes of exhilaration initially, and often nausea. There follows commonly a state of excitement and disinhibition, with accentuated physical sensations, accompanied by emotional empathy and feelings of interpersonal closeness.

Other common signs and symptoms of an ecstasy high can include the following:

People on ecstasy may behave strangely. It is difficult to predict which of these symptoms any given user will experience. Generally, the more a person misuses MDMA, the more likely they will be to experience severe consequences.

Ecstasy can cause a person’s body temperature to spike to dangerous levels, which is why most people on the drug sweat profusely and, paradoxically, experience chills. In many cases, taking the drug while in an overcrowded, overheated environment (like a club) can lead to any of the following:

A number of individuals have actually died from overheating.

Because the drug is likely to cause intense emotionality and empathy, those who use it are more prone to unsafe sexual behavior, and possibly also more vulnerable to sexual assault. There is associative data between MDMA use and HIV infection, viral hepatitis, and syphilis.

Other dangers associated with ecstasy abuse can include any of these:

Ecstasy, like any street drug, can be laced with other drugs. Cocaine is not uncommon, and recently the trend seems to be toward fentanyl contamination. Long-term effects of lacing are similar to those of long-term amphetamine use. These, to name a few, can include the following:

Ecstasy can be just as dangerous as any other type of club drug, but because the initial effects are so desirable, many people abuse it anyway, putting themselves in real danger of risky behavior, severe psychological and physical effects, and even death.

Signs of an Ecstasy Overdose

The highest priority for these ecstasy overdose patients is to call 911 for emergency medical care. Do not attempt to restrain someone overdosing from ecstasy – certain types of restraint can contribute to complications that are frequently fatal. There is no antidote available for an ecstasy overdose, so it is important to follow instructions from the 911 operator for rescue breathing or chest compressions if the person becomes unresponsive.

The drug works the way amphetamines in general do. It is responsible for redistribution of catecholamines from synaptic vesicles to the cytosol, for reversal of neurotransmitters through plasma membrane transporters, for blocking the activity of monoamine transporters, for decreasing the expression of dopamine transporters at the cell surface, for inhibiting monoamine oxidase activity, and for increasing the activity and expression of tyrosine hydroxylase, the critical enzyme for synthesizing dopamine.

Contrary to popular belief, ecstasy abuse can cause addiction. Methamphetamine users are more likely to become dependent soon after onset of use, compared with users of other stimulants. Little is known about why. Methamphetamine addiction is often characterized by repeated periods of intense use, with intermittent sobriety and relapse.

Long-term ecstasy users have experienced a number of addictive side effects, including the following:

Those who have been using ecstasy consistently for a long period of time find it very hard to stop.

Am I Addicted to Ecstasy?

The diagnostic criteria for ecstasy addiction are shared mainly with methamphetamines. They call for a pattern of use the leads to clinically significant impairment or distress in 2 or more of the following ways within 12 months:

There are no universal methods specifically designed for ecstasy addiction treatment, but those with the disorder have often found help in the general treatment options for addiction to other stimulants. Broadly, candidates for treatment are divided into ‘mild’, ‘moderate’, and ‘severe’ addiction categories. Treatments can involve any of the following:

Calls to any general helpline (non-facility specific 1-8XX numbers) for your visit will be answered by a licensed drug and alcohol rehab facility, a paid advertiser on substanceabuse.com.